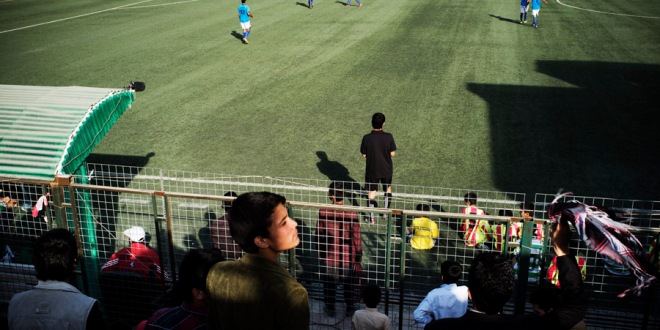 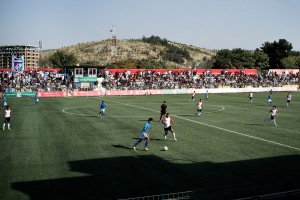 It is one of those memories that I am not sure whether they really exist or are imaginary projections of stories that you have been told.

It is me as a little girl, going to the stadium on a Sunday afternoon with my uncle for the Angizia Luco football game. The white and blue Angizia jersey, the mountains all around us and a warm autumn sun.

It is one of those memories I did not know they existed until yesterday when I went to the Afghan Football Federation Stadium to watch one of the semi finals of the Afghan Premier League.

The stadium is in the midst of the city, surrounded by houses and facing the mountains. The sky was full of kites that kids were flying from the stands and the hills at a distance.

The final result of a pretty amateurish match was 10-0 for Heart, that is expected to win the tournament. Despite the not so stunning quality of the football, the atmosphere was simply amazing. Sitting among teenagers who smelled of sweat and testosterone I enjoyed a very special moment of normality. So much so that the Sturmtruppen-like antiriot police, the hovering of helicopters and the swinging tip of a Kalashnikov too close to my feet for my own taste could happily pass unnoticed.

Error: Twitter did not respond. Please wait a few minutes and refresh this page.